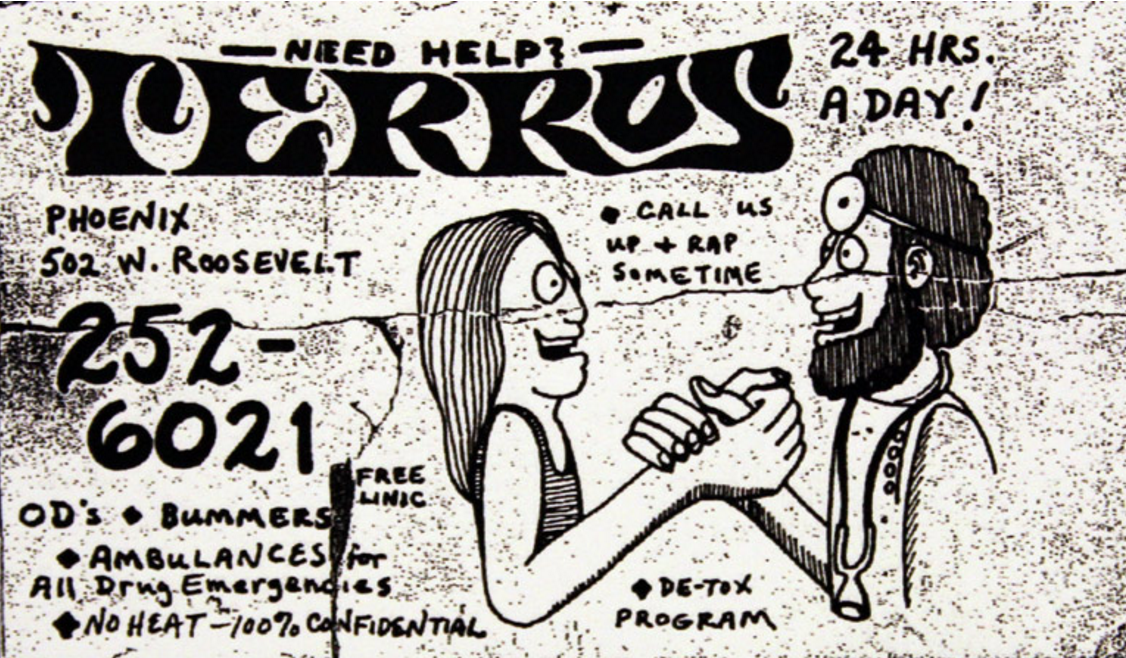 Over the decades, we have evolved into a “whole health-whole person” health care provider. We made this focus official in 2016 when we changed our name from Terros to Terros Health. This new name encompasses our focus on integrated care, focused on keeping our patients physically and mentally healthy.

Our Terros Health story is a collection of thousands of individual and family stories of restoring health, finding recovery and sustaining wellness. It is the ongoing story of caring people who inspire change and who never give up on people’s ability to change. We are guided by our core values – integrity, compassion and empowerment. And, in the spirit of our founders, it’s those values that keep us motivated to make a difference, one life at a time.

Reaching out with hope

Back in 1969, a group of friends – some just teen-agers – banded together to help those in desperate need. Buoyed by the belief that people can change given the chance, these friends reached out to people they knew who were dealing with severe drug addiction with problems ranging from bad trips to overdoses to suicide attempts. These people had nowhere to go and didn’t trust hospitals or the police.

Little did they know then that their outreach was the beginning of what is now Terros Health.

Down to Earth beginnings

Two of these friends, Mark Davis and Bill Thrift, had the idea of organizing a group of helpers who would become an agency. They decided to call the new organization “Terras,” based on a word that means “earth” because they were helping people who were high on drugs come down to earth and become grounded in “terra firma.”

When the Articles of Incorporation were printed, the name was misspelled as “Terros.” Given the magnitude of their task, that seemed but a small issue. The name “Terros” was kept.

The new organization began filling a service gap by providing a safe place for people to stay for a short while. Terros Health developed an outpatient treatment program for substance use disorders, one of the first in Arizona. Each year, the program helped more people recover from addictions.

The early founders of Terros Health also established connections with hospitals and police departments to marshal community support and help for people in trouble with drugs. Today, Terros Health clinicians work daily to address behavioral health crises in hospital emergency departments and to connect people to community care through the “Connect2Care” program. Additionally, Terros Health partners with other community organizations to increase its capacity to empower people to manage addiction and mental illness, restore families and connect people to the care they need.